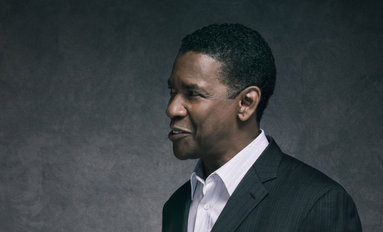 Diane Haithman is an AwardsLine contributor. This story appeared in the Nov. 14 issue of AwardsLine.

With a lean, mean budget of $30 million, Flight is an action film that could not afford a big movie star like Denzel Washington. Then again, this morally ambivalent character study of an alcoholic pilot flying under the influence couldn’t afford not to have a big movie star like Denzel Washington if it had a shot at getting made at all. Washington, 57, sat down with AwardsLine to talk about how and why he got involved, and how the numbers added up to make the role of troubled Captain Whip Whitaker a gamble worth taking.

AWARDSLINE: Industry observers have said this film wouldn’t have been made without you. It has so many of what Hollywood would call negatives—it’s both an action film and a character study, and that character is not a straight-up hero, he’s an alcoholic.

DENZEL WASHINGTON: It was not a struggle to get it made, but the studio wanted to do it for a price, and we ended up with (about) $28 million, and (director) Robert Zemeckis made it look like $100 million, especially the plane sequence. So he and I threw our money back in the pot, took a tenth of our salaries.

AWARDSLINE: May I ask?

WASHINGTON: It’s a tenth of my salary. You do the math.

AWARDSLINE: Does that come off the back end at some point?

WASHINGTON: Let’s hope so. (Laughs). I keep hearing the buzz from people who say, “Man, I want to see that.”

AWARDSLINE: Your agent, the late Ed Limato, brought you the script, right?

WASHINGTON: I don’t know how long it had been kicking around before it came to me. It must have been somewhere in 2009. He brought me two scripts: He brought me Safe House first (and said), “These are two very different films,” and I agreed we should do Safe House first. This was a real change of pace.

AWARDSLINE: Why did you want to do it?

WASHINGTON: The script. As simple as that. Good scripts are hard to find, and this was one that was not a black-and-white kind of story. There was a lot of gray in there.

AWARDSLINE: There are character actors, and there are movie stars. I think it’s fair to say you are the latter. Did you worry that playing such an unattractive, raw character would tarnish your image?

WASHINGTON: (Laughs). I get that—“Denzel, don’t do that!” I remember we were doing (August Wilson’s drama) Fences on Broadway a couple of years ago, and we were doing a scene where my character is discussing with his friend that he’s seeing another girl, and he’s like, “Man, you’d better tell your wife!” And (in a later scene) I say to her, “There’s something I’ve got to tell you,” and the audience is expecting him to say, “I’ve got another girl,” and instead he says, “I’m going to be somebody’s daddy,” and somebody yelled out, “Oh, Denzel, thank you, sweetheart!” It’s a play, and she’s saying, “Oooh, Denzel!”

AWARDSLINE:  Did Ed Limato have those same concerns for you?

WASHINGTON: I said to him: “What do you think about it?” And he said, “You know, all that drinking and drugging!” And I said, “Ed, it’s a good story.” I’m not afraid of (the movie audience) saying, “Oh, Denzel!” And if they do, I won’t be there anyway. That’s what it’s all about for me. Especially in the last 10 years I’ve started really opening up, doing what I want to do—some small films, the stage.

AWARDSLINE:  Are movies in the $30 million range a dying breed?

WASHINGTON: What I think has changed a bit is maybe five or six years ago they might have given us a $50 million, $60 million budget, or more, but nowadays the studios are tightening their belts, and they knew it was a project we wanted to do. And I think they were smart, they said, “Look, we don’t want to spend more than, whatever it was, $28 million, $30 million.” And neither of us wanted to walk away from it, so we did it.

AWARDSLINE: It must be nice to prove you can make a commercial movie for that.

WASHINGTON: And there’s a market for it, I believe. And the actors, at least the big actors, will have to make a decision: Do you want to cut your fee and do something good, or are you just in it for the ($20 million salary)? And then also there’s the agent side of it, they are not exactly looking for the smaller films, they’re looking for big payouts, too, because they get 10%. Nobody wants 10% of nothing.

AWARDSLINE: For someone who already has a couple of Oscars, is it still exciting to contemplate that this might be an Academy-nominated role?

AWARDSLINE:  What’s it like doing an Oscar campaign? Is it fun to talk about the film?

Washington: Not after the 395th interview.