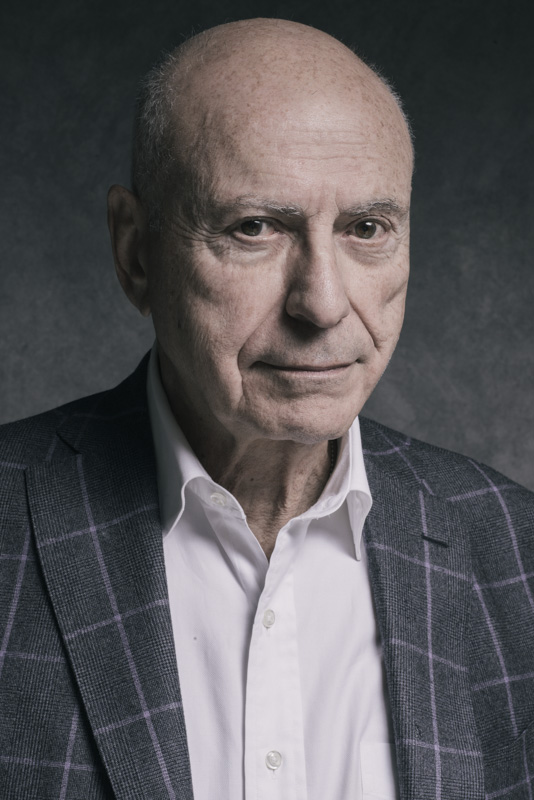 Pete Hammond is Deadline’s awards columnist. This article appeared in the Feb. 6 issue of AwardsLine.

With a best actor Oscar nomination for his very first film, the comedy The Russians Are Coming, the Russians Are Coming, and a second one for the drama The Heart Is A Lonely Hunter just two years later, Alan Arkin got off on the right foot early in his career. It would be 38 years later before he got a third nomination, and it turned out the third time was the charm when he won best supporting actor for Little Miss Sunshine. But don’t think the long wait to get to Oscar’s stage mattered much to Arkin. He has a tough time dealing with the whole idea of competition between actors and is happy just letting his work speak for itself. This versatile actor, who is now 78 years old, is still going strong all these years after getting his start as a founding member of The Second City comedy troupe in Chicago. Memorable performances in films as varied as Catch-22, Wait Until Dark, The In-Laws, Glengarry Glen Ross, Edward Scissorhands, and so many others have marked a long career that seemed to win a second life after the Oscar. His fourth nomination is for Argo, in which he plays the ultimate insider Hollywood producer, Lester Siegel, who is called upon to use his expertise in a very different and important way. In typical fashion, Arkin hits it out of the park, and also in typical fashion, he’s not bragging about it.

AWARDSLINE: Argo has passed $100 million at the boxoffice domestically. Did you have any idea that this movie would be that kind of hit it when you got involved?

ALAN ARKIN: I never think about it. I don’t spend a lot of time concerning myself about the grosses. I thought it might be possible—I get a bump in my salary then I start caring. (Laughs). Otherwise, it’s not something I care about. It’s just something I want to do or not.

AWARDSLINE: So what attracted you to playing Lester Siegel?

ARKIN: I felt like I knew the guy. I felt he was wonderfully humorous, completely real. I mean, it was a lot of funny material, but I felt it served the entire piece. Stylistically, it’s the way movies used to be. You (would have) a serious movie and have no problem with having comedic elements in it. For some reason, that seemed to change over time, and this film brings it back to where you can have a serious moment and pull out some humor. I love that idea.

AWARDSLINE: Why do you think it changed? Argo does seem to be embraced by people in the industry, because it is something that feels different now.

ARKIN: (The business is) more corporate and more formulaic and less experiential.

AWARDSLINE: What makes you say yes to a project these days?

AWARDSLINE: There’s Oscar buzz this year for you in Argo. Does that mean something to you at this point in your career?

ARKIN: It’s a euphemism for people telling you they like your work. I had a hard time treating my field as if it’s horse racing, putting actors in competition against each other. I see how the industry and the studios feel it’s important, but I don’t really have a feeling for being in competition. I want to feel sympathetic and close to others, not opposed to them. Every physicist knows that things connect with each other. To isolate things is not the way the universe works—winning best actor is arbitrary.

ARKIN: It was one of the many times in my life where I disappeared. Somebody was in my body and answered for me. I went away and didn’t come back until the awards were over with. Somebody was there, I have a vague impression of it, but I just ran away.

AWARDSLINE: I was at a recent screening of the film, and it still holds up.

ARKIN: It’s a sweet film; I love it. My main memories of that were that (director Norman Jewison) ruined me for the next 10 people I worked with. He was so extraordinary to work with. It was like a dream come true. It was a totally embracing experience in every way. Norman got the entire town involved in shooting; everybody in the town was an extra. Everybody was invited every day, to the point that they had to ask people to keep their children home and doors closed because we couldn’t hear the sound guy. It was to me what I always hoped movies were going to be. But it didn’t happen again very frequently.

AWARDSLINE: That nomination led to a lot of great movies for you, including Wait Until Dark with Audrey Hepburn.

ARKIN: She was a dream, she was everything you had hoped for. I was a little bit tongue-tied around her. She was very accessible, very hardworking, great sense of humor—but regal.

AWARDSLINE: You really terrified her, and she was playing a blind woman.

ARKIN: I had a miserable time because I liked her so much. I couldn’t stand what I was doing to her—very unhappy about it.

AWARDSLINE: Do you like doing theater? You were so successful on stage; you won Tonys.

ARKIN: I would rather die than do a play—10 years in solitary instead. Here’s how much I want to do it: If you told me I could rehearse this play for two days and perform it for one night with the book in my hand, you said you’d pay me $10 million, and not only that but (we’d have) world peace for the next 50 years, I’d have to think about it for six months. And then I’d say no. The repetition of it drove me crazy—nothing creative about it for me. I need to be inventing and playing, and not doing the same thing over and over again.

AWARDSLINE: But you did spend a good amount of time on stage as a founding member of The Second City…

ARKIN: Once I got to Second City, I found the kind of acting I enjoyed. We’d do a show for three months, then the next show would be based on improvisations that worked on the show before that. (It was a) constantly rotating series of set improvisations.

AWARDSLINE: How did you initially get involved in it?

ARKIN: A friend of mine married a guy named David Shepherd who was one of the founders of Campus Theater, and we did a thing in St. Louis in the summer—improvisational theater. Paul Sills, who no one had ever heard of, came down and told me if I ever wanted a job a Chicago to give him call. I said, “Fat chance. I’m going to have a big career in New York, so I’m not going to bury myself in Chicago.” After starving for six months in New York, I called him, and I thought I’d be there for the rest of my life earning $800 a week. Six months later, it got national attention, (and) it was the beginning for me.

AWARDSLINE: Do you still love the business?

ARKIN: I don’t love the business. I never wanted to be a part of it. I don’t think any actor does. Most of the time, I’ve been really fortunate to work with people who are really fun to work with. It doesn’t mean we don’t take it seriously, but no one is under the delusion (that we’re) bringing world peace for the next 100 years. If anybody told me 40 years ago what would be happening, I’d think they were crazy.