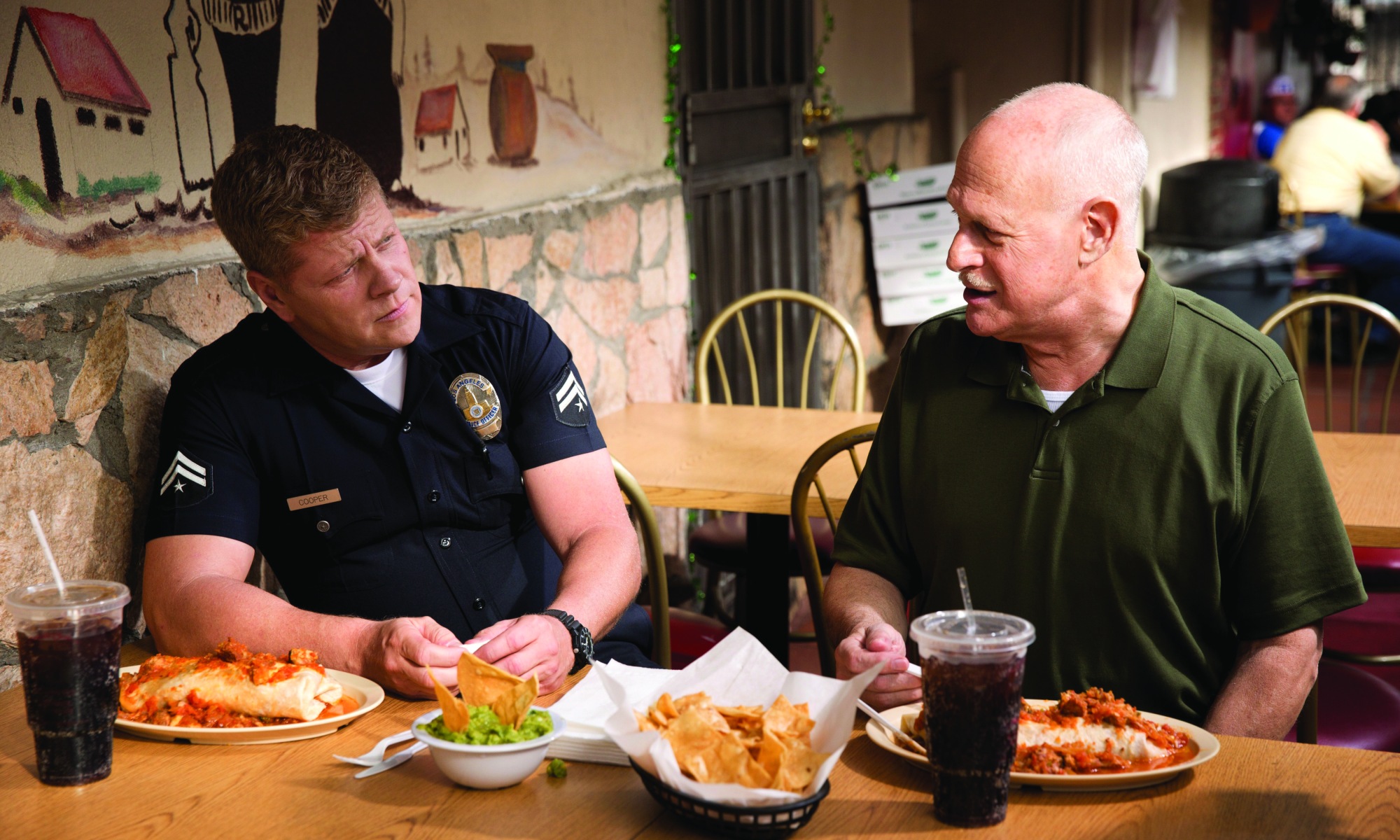 Vlada Gelman is West Coast editor of TVLine. This story appeared in the June 19 issue of AwardsLine.
Michael Cudlitz doesn’t need a lot of words to get his point across.
As one of the stars of TNT’s canceled cop drama Southland, the actor was handed countless scenes last season in which his officer John Cooper barely spoke, and yet he says so much. During one of Cudlitz’s favorite moments, he shares the screen with longtime TV actor Gerald McRaney (Simon & Simon, Major Dad), playing John’s retired, alcoholic mentor. McRaney carries most of the dialogue as his character laments his empty life, but the heartbreaking confessional  is just as much about John facing his own future.
“To me, it doesn’t matter who’s doing the talking,” Cudlitz explains. “You still have to be extremely  present, extremely active, and you’ve got to know what’s going on.”
In working with a legend like McRaney, “My job in that scene became to not screw up what he was doing,” he adds with a laugh. “It’s one of those wonderful moments (where) you are on the ride. It’s not a moment you have to create. It’s just there. You enjoy it as a performer.”
In the same episode, John wordlessly confronts his dying rapist-murderer father. He then caps the season with a brutal fight in which his fists do all the talking and that ends with him being shot by his  colleagues in blue. “That’s awesome to go to that place of freedom,” says Cudlitz of playing the officer’s raw breakdown. But the magic of how he gets to those emotional points and what he was thinking during the silences will remain an envied secret.
“It’s hard to talk specifically about the work because it’s sort of intangible,” explains the actor. “You start to take away from the work if you talk about it too much.”